Canada 2021 Housing Forecasts Call For A Boom ... Or The Worst Crash in 40 Years 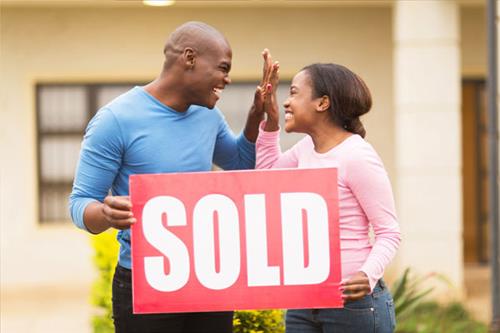 This could be the toughest year in living memory to make predictions about the economy ― especially the housing market.

Amid the worst economic slowdown in decades, home sales and prices soared in many Canadian cities in 2020, along with housing markets in many other countries. The average house price in Canada has shot up by 13.8 per cent over the past year, and by 14.6 per cent in the U.S.

No wonder this year’s batch of year-end forecasts for Canada’s housing market are all over the map. From predictions of rapid price growth and housing shortages to warnings of a market crash, there’s a forecast out there for every taste. Which, admittedly, isn’t very helpful.

Broadly speaking, there are two camps: Those who see this year’s hot housing conditions continuing into next year, thanks to low mortgage rates and a lack of housing supply, and those who see trouble coming once mortgage deferrals and government income supports stop.

Not surprisingly, real-estate groups are aboard the boom train. The Canadian Real Estate Association, an umbrella group of local real estate boards, is forecasting a 9.1 per cent jump in house prices in 2021, with Ontario leading the way with a 16.3 per cent jump in prices, followed by Quebec at 13.6 per cent.

“Current trends and the outlook for housing market fundamentals suggest activity will remain relatively healthy through 2021, with prices either continuing to climb or remaining steady in all regions,” CREA said in a forecast published in mid-December.

Mortgage rates have fallen, including the rate on the Bank of Canada’s stress test for borrowers, CREA noted. On top of that, record levels of migration into Canada in recent years have pushed up demand for housing, and CREA expects that to continue once the pandemic ends.

But right now, with border shutdowns in effect, immigration into Canada is at historic lows, and several provinces ― including Ontario and British Columbia ― saw their populations decline in 2020, the first time that has happened in records going back to 1946.

That’s one reason why some forecasts are calling for a decline in house prices in 2021.

In a forecast this month, investment research group Veritas said there are two possible “supply shocks” headed for Canada’s housing market, which could flood the new market with new listings and push prices down.

The first is from the tanking rental market, which has seen double-digit declines in the largest cities this year. Renters in lower-income jobs were the most affected by business shutdowns amid the COVID-19 pandemic, and the result has been rental markets in free fall in many major cities. In a survey of its investor clients, Veritas found signs a growing number of investors are planning to sell.

The other “supply shock” could come from the wrap-up of mortgage deferral programs. According to Canada Mortgage and Housing Corp., as many as 16 per cent of Canada’s mortgage borrowers got a six-month payment holiday in 2020, the result of a program set up by the major lenders to prevent a wave of defaults in the pandemic’s first wave.

Veritas looked at three scenarios in which 5 per cent, 10 per cent or 15 per cent of houses with a mortgage in deferral were put on the market after the deferrals ended. Excluding other factors, this would bring real estate prices down by 4 per cent to 11 per cent across Canada, including a 10 to 17 per cent decline in Vancouver and a 15 to 26 per cent decline in Toronto, Veritas predicted.

Downturn triggered by a ‘return to normal’?

In fact, some analysts fear that a “return to normal” could be the trigger for a housing correction. With emergency government and lender supports in place, the market has fared well. But what happens when the pandemic passes, and the support ends? Financial reality could make a sudden comeback.

Royal Bank of Canada’s chief risk officer told listeners on the bank’s quarterly earnings call this fall that its baseline scenario is for an 8-per-cent drop in house prices over the next year, with prices remaining depressed “until late 2023.” In regulatory filings, the bank’s best-case scenario calls for a 6.1-per-cent increase in house prices, while its worst-case scenario calls for a whopping 29.6-per-cent drop.

“Canada hasn’t seen such a significant decline at the national level since the early 80s,” noted Better Dwelling, which first reported on RBC’s forecast.

RBC isn’t the only one saying Canada faces a potentially historic housing correction. Ratings agency Moody’s put out a report this fall where it warned of falling house prices in 2021, though with big regional differences.

“We expect greater resilience in lower-density markets outside Canada’s large urban cores,” Moody’s economist Abhilasha Singh wrote. “The pandemic has boosted demand for properties offering more space for working from home and fewer shared areas with neighbours. Smaller markets where such properties are more affordable will particularly benefit from this trend.”

Within large cities, condos will fare worse than single-family homes because of the problems in the rental market, the Moody’s economist predicted.

All of this means “the pandemic will lead to even further widening in economic inequality, including housing,” Singh added.

But one thing the forecasts seem to agree on, all in all, is that whatever happens in the next few years, the long-term outlook for Canada’s housing markets is bright. And Canadian homeowners are unlikely to see the sort of financial hardships Americans saw during their housing market bust a decade ago.

“Although we expect delinquencies to increase in 2021, we do not expect the level of delinquencies, distressed sales or foreclosures to increase to the levels seen in the U.S. during the financial crisis,” wrote Susan Hosterman, a senior director at Fitch Ratings.

“This is due to (lenders) having strong relationships with their borrowers and their close monitoring of their borrowers’ financial situations after putting them on payment plans. Historically, the (lenders) have been proactive in offering modifications or working with borrowers to make payments affordable. We forecast delinquencies to return to the pre-pandemic levels in 2022 as the economy improves.”