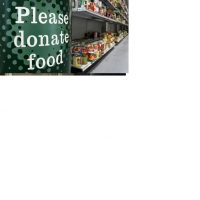 Our nation has a big challenge ahead to solve the issue of household food insecurity. But recent studies have shown signs of improvement and some good news on the food bank front. Mimi Lowi-Young, executive director of Food Banks Canada, shares a few positive stories on our nation's journey to relieve hunger. We're engaged In a recent survey, 87 per cent of respondents said that they believe hunger is not only a problem in developing countries but also here in Canada. “I think on the whole, we're better engaged on issues around hunger,” asserts Lowi-Young. Our understanding may stem from the fact that Canadians are closer to the issue than ever before, with almost half admitting they know someone who has visited a food bank — an increase from 40 per cent in 2012. Food banks are adapting The old image of food banks lined with canned goods is outdated. Many food banks are adding new tools to their repertoire as they find different ways to address
hunger in the community. This includes increasing capacity to distribute a wider variety of
food including fresh foods, and weaving basic cooking skills into their offerings. “It's validation for the tireless efforts of food banks across the country,” says Lowi-Young. “Not only are our food banks putting nutritious meals on our clients' tables, they're positioning them for future success by teaching basic cooking skills in their community kitchens, working cooperatively with community service organizations or providing nutritional
education programs for kids.” We know there's more to be done Even more reassuring is the fact that 80 per cent of people said that everyone plays a role in helping those in need. “With strong partners like Real Canadian Superstore and Independent grocery stores collecting donations and helping food banks to accept fresh food donations, we've been able to create a lot of visibility for the problem and how people can get involved.” While there's certainly some positive news, Lowi-Young is under no illusions about household
food security. “We've seen upswings like this before but we're by no means in the clear.
My only hope is that this is the start of something bigger and that more of us will pay attention and act, whether that's making donations at the local grocer, volunteering at the local food bank or community kitchen or providing feedback on Canada's upcoming
National Food Policy.” www.newscanada.ca