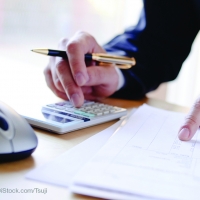 How affordable is home ownership, really?

The headlines are playing out in familiar patterns across Canada with the notion that homeownership is quickly slipping out of reach for many. At the same time, mortgage rates have continued to fall, with little indication that things will change significantly any time soon.

“Affordability is an interesting conundrum,” says Craig Blanchard, broker-owner with Royal LePage Atlantic Homestead in St. John's, Newfoundland. “While home prices have risen sharply in some of Canada's largest urban markets, it's now cheaper to carry a mortgage than it was 25 years ago.”

One of the most relied upon indicators of affordability comes in the monthly release of the Consumer Price Index (CPI) from Statistics Canada. The CPI measures cost of living in Canada, which is based on year-over-year pricing data collected on a set basket of goods. Depending upon whether or not that basket of goods has risen above the 2 per cent mark – the benchmark for Bank of Canada's overall inflation rate – a rise or reduction in the prime lending rate can ensue. The cost of carrying a mortgage is part of the CPI equation and directly plays into the lending rates established by the banking industry.

Although home prices have increased significantly in some markets, the typical mortgage interest costs have declined by over 7 per cent between June of 2010 and June of 2015, and by 1 per cent since January 1990.

A lot of attention is paid these days to the rising costs of homeownership. Then again, as Blanchard points out, home prices across Canada vary considerably. What happens in Canada's major markets over short periods will most certainly affect the headlines. In the end, affordability is based on your individual financial picture and local and personal economic factors within the location of your choice.

More information is available at www.royallepage.ca.