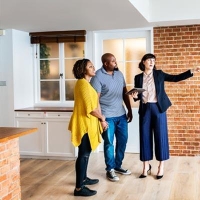 How the government hopes to change the purchasing process

Even with the COVID-19 pandemic remaining front and centre as the top priority for each party competing in September’s federal election, the housing market and ongoing challenges for first-time buyers featured prominently as talking points during the campaign.

That was perhaps unsurprising, with a range of trends – some more unwelcome than others – emerging as a result of a frenzied pandemic-era housing market that the Canada Mortgage and Housing Corporation (CMHC) placed at its highest risk level a matter of weeks ago.

The prevalence of subject-free offers has been a worrying development for the past 18 months, with bidders increasingly prepared to sacrifice essential components of the homebuying process, including financing conditions and home inspections, to stave off intense competition from rival would-be buyers.

The re-elected Liberal government has pledged to address that dilemma, with provisions to safeguard bidders’ interests featuring heavily in its election platform. Among the party’s centrepiece proposals is a Home Buyers’ Bill of Rights, which it said will ensure the process of purchasing a home is “fair, open and transparent.”

Included in the consumer protection measures that the bill would introduce is a legal right for a home inspection, a measure the Liberals said would “make sure that buyers have the peace of mind that their investment is sound.”

The proposal would also ban blind bidding, obligate lenders to offer deferrals for up to six months after a major life event (such as a job loss) and require mortgage lenders to act in their clients’ best interest to keep them fully apprised of the range of choices at their disposal in the mortgage process.

Other proposed measures aimed at cooling the housing market include an anti-flipping tax on residential properties and a crackdown on foreign ownership, the latter of which would ban non-resident buyers over the next two years.

On the subject of financing conditions, Frank Napolitano – a managing partner and mortgage agent at the Mortgage Brokers Ottawa brokerage – told Canadian Mortgage Professional that it was essential for brokers to ensure their client was fully aware of the risk they were potentially incurring by deciding to waive that stage of the purchasing process.

“I’m advising clients to tread very carefully,” he said. “From a financing standpoint, if we do our job properly, then we should be able to give them some peace of mind knowing that their financing will be intact based on collecting documentation up front.

“Obviously if they’re putting 50% down, I’ll say to them, ‘Even if the lender chose to appraise and the appraisal came back a little lower, it’s no big deal because we’ve got lots to play with.’ If you’re buying with 5% down, the risk is that if it appraises lower, you need to be able to come up with the extra downpayment.”

When it comes to conducting a thorough inspection on the property before purchase, Napolitano said he thought it was “crazy” to buy a house without one, even in a competitive market such as that of the past 18 months.

“I always refer back to: you can’t buy a used car without a safety, and a used car is a fraction of the cost of a house,” he said. “I don’t understand how it’s OK to buy a house without a home inspection.”

A decision not to proceed with a home inspection can prove particularly problematic when appraisals come in lower than the purchase price, even though Napolitano said that it had been rare in the Ottawa market for default insurers to value properties at substantially lower than the agreed fee.

Thankfully, Napolitano noted that in his home market of Ottawa, the pandemonium of the first half of the year had eased somewhat and many clients were now finding opportunities to include home inspection clauses during the purchasing process.

“Overall, what we’ve seen in the last couple of months is offers coming in at close to the list price, and with the financing and home inspection clause attached to it – which is great for buyers,” he said.

“I think it’s good for everyone. Vendors were getting top dollar, and I think it opened up the market for people who had problems with their houses to be able to put them on the market and not worry about the problems that they will today, because a home inspection’s being done.”

Still, despite the federal government’s vow to act on the issue, Napolitano said he would prefer for provincial administrations to take the matter into their own hands.