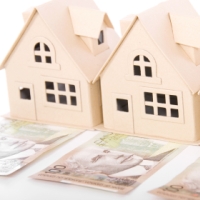 As Canadian home prices continue to rise and become increasingly unaffordable, parents are giving their adult children record amounts of money -- even outpacing home price inflation -- to help with the expensive purchase, a move that also widens the wealth gap, according to a CIBC report.

The report, found that roughly 30 per cent of first-time homebuyers and nearly nine per cent of existing homeowners received financial help from family this past year to purchase a house, according to CIBC data. First-time buyers received an average gift size of $82,000, while “mover-uppers” were gifted a whopping average of $128,000 in September 2021.

In 2015, close to 20 per cent of first-time homebuyers received an average of $52,000 in help from family members. During the pandemic, the number of families helping out was steady among first-time buyers and fell slightly among those who had purchased a home before. The overall amount of money parents have given their children since 2015, however, has increased and decreased, tracking fluctuations in housing prices, but outpaced home price inflation by two percentage points at 9.7 per cent per year.

“Overall we estimate that over the past year, gifting amounted to just over $10 billion, accounting for 10% of total down payments in the market as a whole during that period,” wrote Benjamin Tal, Deputy Chief Economist of CIBC World Markets, and the author of the report.

PARENTS NOT GOING INTO DEBT, BUT WEALTH GAP WIDENS

Tal noted that while there has been speculation that suggests many parents have gone into debt to help their children, the numbers do not necessarily support that assumption. Looking at data from credit reporting agency Equifax, he estimated that only 5.5 per cent of parents who gave money to their kids in 2020 to help with their down payment went into debt to finance that money. And while it’s a higher percentage than it was in 2019 in most major cities, especially in Vancouver, the 5.5 per cent rate was still relatively low, he said.

“It seems that a large portion of the gifting comes from parents’ savings, which of course grew notably during the pandemic—allowing for the increases in the size of the average gift,” Tal wrote in his report.

Providing this gift helps narrow the wealth gap somewhat among parents, Tal says, but it creates greater inequality between homebuyers who have help from parents and those who do not.

“That increase in the gap is much larger than the actual gift size as it might make the difference between owning and not-owning a house, with receivers potentially benefiting from future home price appreciation,” he wrote. It can also generate significant interest payment savings if the amount of mortgage being carried by these homebuyers is smaller, he added.

PRIMARY SOURCE OF DOWN PAYMENT

The average gift size for markets like Toronto and Vancouver are even higher, with first-time buyers in Toronto receiving an average of $130,000 during the first three quarters of 2021, and $200,000 among non-first timers. In Vancouver, those gifts were an eye-popping $180,000 and $340,000 on average among first-time buyers and existing homeowners looking to buy again.

“Given the trend and the size of gifting, it is clear that this phenomenon is becoming an important factor impacting housing demand and therefore home prices in Canada,” the report said.